What could this mean?
How am I doing with this goal? Tarot spread

What does it mean to be a tarot sceptic? 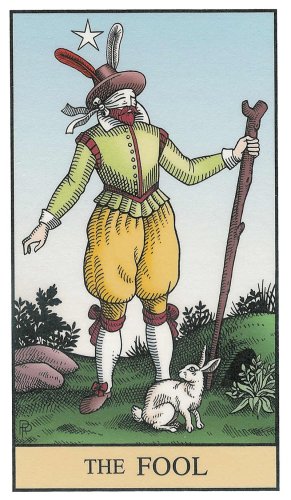 What would someone who doesn’t “believe” in tarot cards, use them for?

First, what does it mean when we say tarot cards “work?”

Tarot readers have diverse beliefs around tarot, from assuming the cards have the intrinsic magical power to reveal what is hidden, to the cards serve as a focus for the reader’s intuition and psychic powers.

Most tarot readers take for granted that a higher power—such as Spirit, the higher self, a guardian angel, or a spirit guide—determines how the cards fall. It's then up to the reader to decipher the message in the cards.

This higher power is sometimes assumed to be synchronicity.

Most tarot readers accept that something supernatural, or even divine, happens during a tarot reading.

So, to get back to tarot scepticism ...

As a tarot sceptic, I don’t accept that anything psychic or supernatural happens when I read the cards, but I keep an open mind.

So what do I use them for? 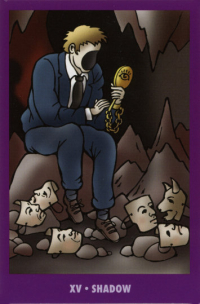 "Tarot is a great tool for digging around the cobwebbed parts of your subconscious. It can reveal your own assiness to yourself as well as remind you of dreams you've tucked in long forgotten drawers.

I believe what the cards “reveal” are thoughts, assumptions, motivations, attitudes, beliefs, and values that I am ignoring because they make me feel uncomfortable. (Probably the most uncomfortable is to find I know very well what the answer is, it is staring me in the face, I just don’t want to accept it.)

The mind is amazing at finding patterns (such as pictures in clouds and faces in food), so it is likely that the images on the card I draw will somehow fit whatever is going on. And in doing so, will help me plan what I need to do, or to make an important decision to face a likely future.

What comes up in a reading is often startling, as if the cards know what is going on in my life and is commenting about it; but the real magic happens when I think,

“YES, that is so accurate, what does it mean and what do I do about it?”

And as Ginny says, the cards sometimes remind me of wishes and dreams I have forgotten, or never planned for.

What else can a sceptic do with a deck of cards?

Go back to this post. The answer is: everything except the last three listed there.

Reflection and journalling with the help of the cards is playful and serious at the same time; it needs honesty to grow self-awareness, but also a sense of humour. 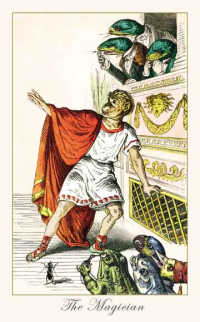 The best cards for a sceptic are those that tell a story. The cards that make you think, “What is going on?”

As we know, Arthur Edward Waite and artist Pamela Colman Smith first added story scenes to the pip cards. My favourite cards prick the imagination so that, even if you know what is “really going on” because you know the meanings of the cards, can prompt you to ask, “Yes, and what else?” Look at all the possibilities for the Rider-Waite Six of Cups, and if you think about it, you’ll probably come up with more.

Some gorgeous decks have nothing much going on in the cards except for displaying a beautiful image. You need the ones that stir the imagination.

... a sceptic can revel in the beauty and the “magic” of the cards without assuming the cards to be supernatural.

But we keep an open mind.